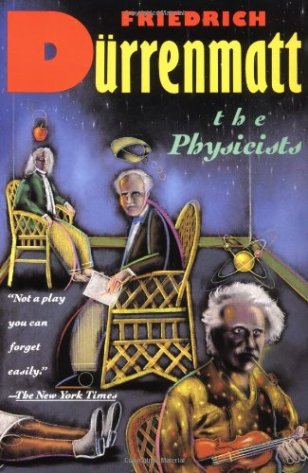 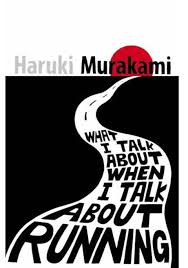 14 weeks into my 2017-52-book-challenge and I am well on track; I read two very different books this week: Book #13 was “The Physicists”, the timeless Dürrenmatt play from 1961, and book #14 was “What I talk about when I talk about running”, which are thoughts about running and writing by the wonderful Murakami.

The Physicists: Three crazy men in an closed asylum who think they are famous physicists

What I Talk About When I Talk About Running: Thoughts about running and writing by Japanese author Haruki Murakami

Closed asylum is the best place for geniuses

The Physicists might be one of the finest plays ever written. Its theme is the timeless question: what is the social responsibility of scientists? After all physicists’ discoveries could doom mankind to extinction. Dürrenmatt asks the provocative question if a closed asylum is the best place to keep genius scientists so that they cannot unleash their lethal discoveries upon the world.

The Physicists became one of the most-performed dramas over the last half century and has been part of the canon of high school literature classes in Switzerland, Austria, and Germany ever since.

What I Talk About When I Talk About Running gives intimate insights into the shy and creative mind of Haruki Murkami. This book is as close to an autobiography as the rather reclusive author probably ever will get us. Also it gives the aspiring writer some ideas of what it takes to become a professional writer. First rule according to Murakami: Quit your day-job and focus solely on writing until you run out of savings. Give it all you have.

The Physicists: “There are risks which are not acceptable: the destruction of humanity is one of them.”

The Physicists is a classic two-act drama but presents a big bang revelation at the end nobody would have expected. At least not me. Actually there are two big twists in the second act even some of the more experienced readers would not have predicted. I will not spoil it. Read it. Also this play is an interesting genre mix as it is half dark comedy, half drama with some elements of a farce.

What I Talk About When I Talk About Running is an essay or a stream of consciousness about Murakami’s two greatest passions: running and writing. It is interesting how he jumps back and forth in time and philosophizes about life of an artist while he actually intended to write about running.

Murakami started running in the early 1980s and since then has competed in over twenty marathon, one ultra marathon and two triathlons. Not bad for an ex-bar owner and heavy chain smoker.

” With eloquent brevity, Dürrenmatt’s play reveals the paradox of the twentieth century: at the supposed apex of reason and science, and under the banner of scientific and social progress, man became guilty of some of the most barbaric atrocities ever committed.”

“This book is in some ways the story of the workings of Murakami’s mind, dressed up as a book about running. “