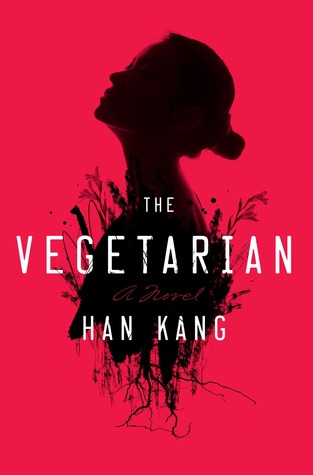 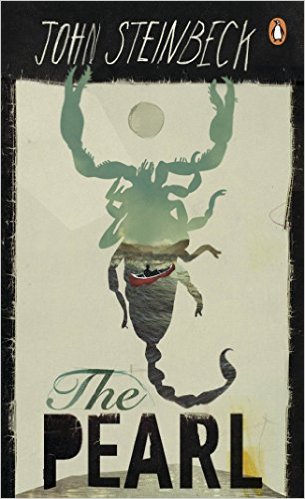 The Vegetarian: The downfall of a family after the youngest daughter decides to become a plant.

The Pearl: A fisherman´s family´s downfall after he finds an invaluable pearl.

The Vegetarian won the prestigious Man Booker International Prize in 2016. Actually it became the first recipient of the award after its reconfiguration in 2015, prior to which it was awarded to an author’s body of work rather than a single novel. In addition, the Vegetarian became one oft he most read Korean modern novels in the western world. Who would have thought that about a book that is about a mentally unstable woman who wants to become a tree? The language of this book is beautiful and poetic and dives so deep into the sick psyche of his characters that it becomes unbearable to read at times.

The Pearl was heavily influenced by Steinbeck’s interest in the philosophy Carl Jung and his archetypes. Steinbeck wanted to address the themes of “human greed, materialism, and the inherent worth of a thing“. The Pearl is still part of the literary canon in most US colleges and regarded as one of Steinbeck´s finest works. If Grapes of Wrath is too long for you as an introduction to Steinbeck, try this one and see if you like him.

A town has a nervous system

The Vegetarian: “Even as a child, In-Hye had possessed the innate strength of character necessary to make one´s own way in life. As a daughter, as an older sister, as a wife and as a mother, as the owner of a shop, even as an underground passenger on the briefest of journeys, she had always done her best.”

Humans should be plants

Han Kang, the author of the vegetarian, first got the idea for her book at university when she was writing about vegetation and she stumbled over a quote saying that all humans should be plants. Han Kang: “While writing The Vegetarian, I was harboring questions about human violence and the (im)possibility of innocence. On the reverse side of the protagonist´s extreme attempt to turn her back on violence by casting off her own human body and transforming into a plant lies a deep despair and doubt about humanity.“

“It’s a bracing, visceral, system-shocking addition to the Anglophone reader’s diet. It is sensual, provocative and violent, ripe with potent images, startling colours and disturbing questions.

– Daniel Hahn, The Guardian about The Vegetarian

“The Pearl is a triumph, a successful rendering of human experience in the round, in the most economical and intense of forms.”

– Howard Levant about the Pearl 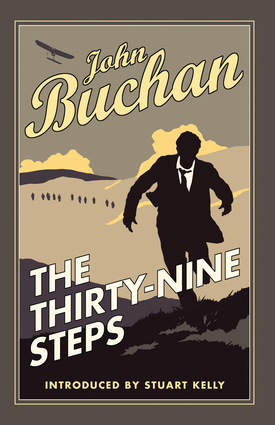 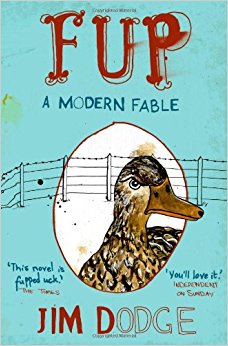 39 steps: A man-hunt in the Scottish highlands on the dawn of WWI .

Fup: A grandson who lives a reclusive and eccentric farm life with his grandfather.

Well, the 39 steps is a classic and one of the first man-on-the-run thriller archetype, a story type that almost became a cliché in Hollywood more recently. Also this book has spawned more than half a dozen films and plays, most notably by Alfred Hitchcock in 1935, most weirdly as a London west-end comedy in 2012.

Fup became an instant cult book when it was first published in 1982 and has not been out of print ever since. It is not only memorable because of his eccentric characters and the sheer fact that a 80 year old drunk raises his grand son who is 76 years his junior. The grandson`s greatest passion is digging postholes for fences and his granddad makes his own whiskey which, and he firmly believes that, gives him an eternal life. Together they decide to raise an overweight, paranormal duck and try to teach it how to fly. Sounds weird? Yes, it is, but in a very sweet way. Interestingly, Fup is now a set text in many colleges and high schools in the USA.

Everything yearns to be wild

39 steps: “If you are playing a part, you will never keep it up unless you convince yourself that you are it.”

Fup: “You white men desire to tame everything , but if you just stand still and feel for a moment you would know how everything yearns to be wild.”

The 39 steps is technically written in a road movie structure with its protagonist constantly changing his location and meeting numerous people on the run. It is very episodically narrated and thus a precursor of a lot of Hitchcock thrillers. It also cleverly weaves in the political and historical context of the dawning WWI.

Fup starts with two totally unrelated stories and the reader only finds out later how these stories are interrelated. Also there is a lot of magic realism in the book; strange occurrences that cannot and should not be explained.

“If people make it out here, I talk to them”

Fup´s author Jim Dodge is an ex-gambler who lives a secluded life on a North Californian ranch and he has skilfully avoided publicity. He is not quite as seclusive as JD Salinger though. Dodge recently said: “If people make it out here, I talk to them.” Might be worth the trip…

” It doesn’t matter that the reader has no clue where he is being taken or, when he gets there, how the thing happened as it did. All that matters is that once you’ve started, you can’t put the book down.”

– Stella Rimington, The Independent about The 39 Steps

“The novel’s faux-homespun style, plus its quirky design and distinctive illustrations by British artist Harry Horse, have marked it out as a bankable cult success.”

– Vanessa Thorpe, The Independent about Fup 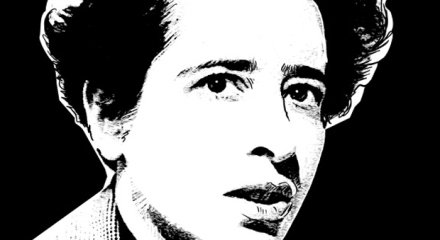 „The sad truth is that most evil is done by people who never make up their minds to be good or evil.“,  Hannah Arendt

Some of my blog posts are about famous storytellers. This blog is about Hannah Arendt and a  belated celebration of International Women’s Day and also dedicated to recent political events in the US and the UK. Hannah Arendt was a German born Jewish American philosopher and political theorist. But Hannah was also a brilliant storyteller, which helped her getting her message across. It is said that she loved to tell stories with a charming disregard for mere facts but always focussed on the life of the story.

Hannah once said that poetry comes closest to our thinking process. Knowing about the enormous power of stories and propaganda there is another memorable quote from her: “Storytelling reveals meaning without the error of defining it.” Too true.

Hannah Arendt once notably reasoned that politics are best assumed as a power relationship between private and public. And storytelling, she said, forms a crucial bridge between these sides, where singular passions and standpoints can be challenged and mingled.

Life in a story structure

Even her life followed a story structure with tough times, ups and downs and, thanks god, a happy ending: Born and raised in Königsberg and Berlin she studied philosophy with Martin Heidegger.

After she had been briefly imprisoned by the Gestapo in 1933, Hannah fled to France where she worked to support and aid Jewish refugees throughout the 1930s. Being stripped of her German citizenship in 1937 she sought refuge in New York in 1941. Hannah was stateless for 13 years, as she only became a naturalized citizen of the United States in 1950.

Under the impression oft he Holocaust, Hannah wrote a seminal theory of totalitarianism, which is still being studied today: “The origins of totalitarianism”. Since the rise of Donald Trump and Brexit it has been often referenced and it had to be restocked by many booksellers despite it being long, complex and demanding.

Anti-muslim orders to be nipped in the bud

In this book Hannah writes that during the economic depression and in times of imperialism, “antisemitism became the catalytic agent first for the rise of the Nazi movement … then for a world war of unparalleled ferocity and, finally, for the emergence of the unprecedented crime of genocide”.

If Hannah would be still alive today, she would probably say about Trump´s anti-muslim orders, that these things have to be nipped in the bud.

Hannah was very clear and vocal about the sheer evil enormousness of the Holocaust. In a 1960s TV interview she said: “The decisive day was when we heard about Auschwitz. Before that, we said: ‘Well, one has enemies. That is natural. Why shouldn’t people have enemies?’ But this was different. It was as if an abyss had opened. Amends can be made for almost anything, at some point in politics, but not for this.”

The world became colder without her warmth

After she became a US citizen she still criticised social injustices in her new home country. She saw in the American way of life ‘a basic contradiction of political freedom and societal slavery’. She never held back criticising her new fellow countrymen the same way she criticised Germans and Jews before; and her opinion never fit into any political direction.

Hannah came to New York as a penniless refugee and died there as one of the most respected intellectuals. She gained respect and fame through the power of thought and the eloquence of her speech.

Hannah Arendt died in New York City in 1975. The philosopher Hans Jonas said in his funeral speech: “The world became colder without your warmth, Hannah.”

Oh, and the asteroid “100027 Hannaharendt” was named in her honour.

May you stay strong, Hannah, on whatever orbit you might be.

On my 52-books-journey I stumbled over Chomsky´s very subjective analysis of U.S. government propaganda and media bias; written in 2004 it seems very topical today.

What it is about:

The US government´s PR and propaganda since WWI.

The book eloquently explains how the modern PR (public relations) industry started and who gave rise to the way propaganda is used in modern society. Chomsky describes the media as a tool that keeps the truth from the citizens in order to keep them subdued and unaware of the government’s real plans. A lot of food for thought to say the least. Especially in times of Trump.

Be a Martian journalist

The narrative is quite sarcastic and very subjective for a non-fiction book; it reads more like an essay. The book takes us on a journey from the beginning of modern media propaganda during WWI until the Gulf war. At the end there is a transcript of a more recent speech of Chomsky who recommends to take the position of a Martian journalist when writing about current events; a Martian looks at the world´s events from a complete outside perspective. Interesting thought.

Having always been a political activist, Chomsky only endorsed one presidential candidate in his long career: Bernie Sanders.

” It’s back to moral truisms: it’s of little moral value to criticise the crimes of someone else – though you should do it, and tell the truth. I have no influence over the policies of Sudan but a certain degree over the policies of the US. It’s not a matter of expectation but of aspiration.”

– Noam Chomsky about his motivation