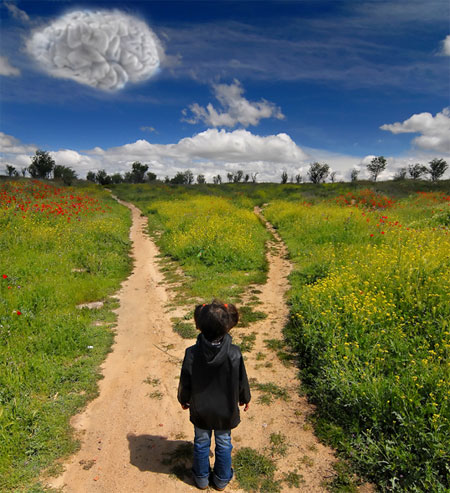 I recently stumbled over a very interesting story that involves the prominent neurologist Dr. Antonio Damasio from the USC and his patient Elliot.

Elliott had lost a very small portion of his prefrontal cortices during a surgery for a brain tumor. Before his illness, Elliott held a high-level corporate job and had a happy, thriving family. After the surgery he lost everything.

The interesting bit is that on a rational level everything was still fine with him: Elliot still scored in the 98th percentile in IQ, he had a high-functioning memory, and had no problem analysing and quantifying every possible solution to a problem. On a superficial level, we would think that he is very capable to be a good businessman.

What was his real issue? One crucial thing he couldn´t do anymore is: taking decisions. Not even what colour pen to use or how to get his tasks in order.

Why? Because the damage to his brain left him unable to experience emotion. But wouldn´t that be a good thing in a hard-boiled business environment!? Intuitively we would think that Elliot would be free to make rational decisions, right?!

But the real problem was that without emotions Elliott had no way to gauge what mattered and what didn´t.

This case and further studies from neurologists such as Dr. Antonio Damasio have indicated that decision-making, once thought to be an activity of the logical, rational brain, is actually a process driven largely by our instincts and emotions.

And this is where stories kick in.

I worked in M&A for a couple of years and have seen identical assets being sold for completely different prices. The sellers who achieved the significantly higher prices for the same assets simply had the better stories to tell.

People are not price sensitive if they really want to have something. Think about it; this is basically the core of good branding. Evoking emotions make people pay a premium for, well, ‘premium’ brands; even if their products might be on a purely rational/technical level identical to other competing brands´ products (or even inferior).

So next time you want to influence decision-makers, don´t just show them the numbers –engage their emotions! Storytelling is one of the simplest, quickest and most effective ways to create emotions in your listener.

People do not need more facts – they need meaning.  Story helps provide meaning, shape and relationship to the data.

One thought on “Storytelling is a decision-making tool”