Apart from multiple other advantages, stories work brilliantly as learning or teaching tool.

Firstly stories put the listeners in a mental learning mode; people are generally in a rather critical or evaluative mode when they listen to new material or people they do not know and they are more likely to reject what´s being said. However research has shown that people lose some of their critical mode and open up when storytelling gets involved.

Stories open up our posture

Often only the six words “Let me tell you a story” let people open up. Why? Because stories are as demographic-proof as it can get. Everybody likes stories. EVERYBODY. Good stories do recreate in us an emotional state of curiosity. The curiosity, which is ever present in children but which adults unfortunately tend to lose when they grow older. However when we as adults hear the beginning of a story our child-like curiosity kicks in and we want to know how the story progresses…and ends. We open up our posture and start listening. In an open state we tend to be more receptive and interested in the information given. This is an ideal position from which to learn.

Also we live in times of BIG DATA. I know, I know this is a buzzword but it´s true. Data is everywhere. We are drowning in data. Many people perceive data as meaningless numbers. But when a story is wrapped around the data it comes alive. Thus when we weave a story around data, we invoke a greater power than the sum of the facts we report. I came across some data analysis company which pairs number crunchers with a storyteller to turn their results into compelling stories; and the results worked really well for their customers. Another example: since they introduced history books in storytelling form it has been proven that students can contain way more historical facts than before.

Stories appeal to all kinds of learners

Lastly stories appeal to all kinds of learners: In any group of people, roughly 40% will be predominantly visual learners who learn best from videos, images or illustrations. Another 40 per cent will be auditory, learning best through lectures, audio books or discussions. The remaining 20% are kinaesthetic learners who learn best by doing, experiencing or feeling. Storytelling has aspects that work for all three types. Visual learners appreciate the mental pictures storytelling evokes, Auditory learners focus on the words and the storyteller´s voice. And the rare breed of kinaesthetic learners remembers the emotional connections and feelings from the story.

So this was my take on storytelling as a learning tool. Next time you want to teach something consider trying it with a story. It actually makes fun wrapping a story around your data. 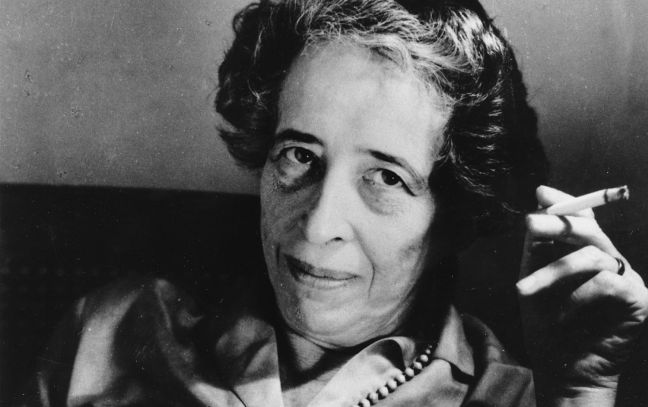 “Storytelling reveals meaning without committing the error of defining it.” – Hannah Arendt

Hannah Arendt died almost 40 years ago but her quote still holds true up until today. But what did she really mean by that?

The point is that a good story is an extremely good influential tool because it so unobtrusive. Stories create a pull. They let people decide for themselves – one of the great secrets of true influence. Other methods of influence – persuasion, bribery or charismatic appeal are push strategies – stories are pull strategies.

So rather that trying to push people in the direction we want (and people do not like to be pushed..), tell them a good story. Pushing hard against a persons’ beliefs are more likely to further cement their point of view. The beauty of a good story on the other hand is that people will make up their own conclusion. You do not have to impose it on them.

Think about it: Influence is classically described as a power struggle with two points of view in opposition.  Getting someone to admit they are wrong creates conflict. Logical arguments draw a line in the sand. One wins, one loses. A story is way more subtle and nobody loses. Story lets egos sleep. We influence with a story by deliberately trying not to influence.

Also if we want to influence decision-makers, we can’t just show them the numbers – we have to engage their emotions. Most decision making processes are largely based on emotions.  And storytelling is one of the best ways to evoke emotions. People most often do not need more facts – they need meaning.  The challenge is of course figuring out which stories to tell, how to tell them, and when. The story need to convey the message you try to bring across.

Story creates a pull not a push

If your story is good enough, people – of their own free will – come to the conclusion they can trust you and the message you bring….and you will not sound arrogant as if you tried to tell the listeners what to think. Stories give your audience the freedom to come to their own conclusions. 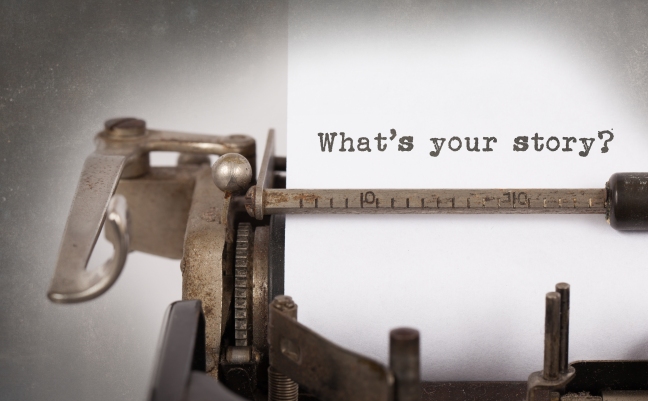 Storytelling has been with us for as long as the existence of humans but it is only more recently that its practical merits have sparked interest from academics and practitioners around the globe. For some time psychologists and neuroscientists have been fascinated by the human fondness for storytelling.

More recently, business academia has turned its attention to the subject, leading to published research by a number of business schools on the topic. These research papers confirm the effectiveness of storytelling as a powerful tool in various business disciplines, including leadership, change management, marketing and corporate communications.

Beyond published research, Massachusetts Institute of Technology (MIT) has developed a knowledge management tool based on storytelling techniques, and Lincoln Business School has run a storytelling conference.

The purpose of this blog is to explore, demonstrate and explain the storytelling techniques used by successful companies and executives such as the late Steve Jobs to influence internal and external audiences.

Microsoft has its own story-telling department and a dedicated Director of Storytelling. 3M replaced its traditional business- planning process with one focused on story telling, and Oracle has adopted a programme to enhance its sales process through creating engaging product stories known as “story-selling”.

With a focus on using storytelling as a business tool, this blog will give an overview of different theories of storytelling in a business environment. Readers will be introduced to practical frameworks and toolkits that can be applied in organisations to enhance communication across business disciplines.

I hope you will enjoy.